China is the most important global source of Beta Naphthol derived intermediates for producing red pigments such as Red 57:1, Red 22, and Red 48. Beta Naphthol is now in very tight supply in China due to the shut down of two key manufacturing locations, one permanently. Prices have risen by 40% for Beta Naphthol since the beginning of the year, and it is unknown at this point when supply and demand will come back into acceptable equilibrium.

India is the most important source of the Phthalo intermediates used as the starting point for so many key blue and green pigments, such as Blue 15:3, Blue 15:4 and Green 7. Phthalo intermediates producers have been coming under increased pressure from the Indian government on regulatory compliance issues. Most recently, this has taken the form of forcing the intermediates producers to buy only an industrial version of a key raw material, Urea, instead of subsidized versions that are intended for agricultural use. This switch will dramatically impact the cost of producing these intermediates as well as potentially tighten the availability of industrial Urea.

Sun Chemical has been carefully monitoring these developments and has taken actions to assure its supply position by capitalizing on its long-term relationships with leading intermediates producers. However, the company fully expects that there will be some significant cost impacts, and wanted to take the opportunity to get this information to customers early.

Due to the continued devaluation of the Brazilian real versus the U.S. dollar and the euro, Sun Chemical increased prices across all product lines for its Brazilian customers, effective July 1, 2013.

“In the short period of five months in 2013, our currency has already suffered a devaluation of 4.5%, intensifying the trend over the past two years and impacting our local prices in BRL of imported products/raw material,” said Fernando Tavara, president, Sun Chemical Latin America. “While Sun Chemical has increased prices incrementally over the past two years, we have absorbed most of the cost increase and passed it on only moderately to customers. The last price increases implemented by Sun Chemical only partially offset the escalation of costs we’ve been seeing due to the real’s devaluation.

“The weakening of the real has had a direct impact on our cost structure since the raw materials in our industry are highly commoditized, with prices set in international markets by the U.S. dollar and the euro,” Mr. Tavara said. “Combine this with the continuing upward trend of raw material prices, it has become necessary to further increase customer prices to ensure the long term sustainability of our business in the region and to maintain our commitment to continue delivering high levels of product quality and service.”

In 2012, demand for self-adhesive label materials in Europe amounted to 5.78 billion square meters, a growth of 1.7% compared to 2011. With a market share of around 45%, self-adhesive consolidated its lead as the dominant labeling technology in Europe, ahead of wet-glue (40%), sleeving (7%), in mould (3%) and other technologies (5%).

The linear growth pattern of around 5% year after year that lasted until the middle of the last decade has however disappeared. Evidently the label industry did not escape the impact of the global financial and economic crises. But not only that: with consumption levels reaching maturity in Western Europe, self-adhesive demand has become more sensitive to the volatility of consumer behavior. But there are two “counter forces” – innovations in the filmic label domain and the on-going evolution of Eastern Europe continue to offer significant upward potential.

In the long view, 2012 was an important benchmark for the European self adhesive label industry. Last year, total labelstock consumption of 5.78 billion square meters doubled the estimated 2.84 billion published by EPSMA for 1996, the base year of our data set. However, it took the industry about seven years to reach thehalfway mark of this journey, and from 2003 onwards (the first year of the FINAT Labelstock statistics) it took almost 10 years to add the other half of the overall increase. This clearly illustrates the decelerating growth pace of the industry.
Related Searches
Suggested For You 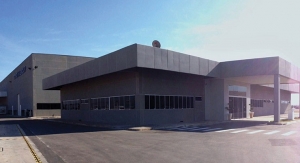 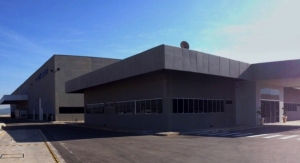