Rodman J. Zilenziger Jr. — President of Rodman Media since 1993. Zilenziger, son of the Company’s founder, joined Rodman Media as an Advertising Representative in 1984. In 1987 he was named International Sales Manager. Zilenziger was named President in 1993. As President of the Company, he has launched eight titles, created more than a dozen websites, and added several conferences and tradeshows to the Rodman roster of products. Under his leadership, Rodman Media has expanded its reach to all corners of the globe through a variety of mediums. He holds a BA in English and Economics from Denison University.

Matthew Montgomery – Executive Vice President of Rodman Media since 2000. In addition to his role as EVP, he is also Publisher of Nutraceuticals World magazine. Montgomery joined Rodman Media in 1978 as an Advertising Representative, was promoted to Vice President of Sales in 1986, Publisher of Happi magazine in 1992 and then Group Publisher in 1996. He has been involved in all the new magazine launches and website launches at Rodman Media since 1995. He holds a BA Economics from Washington & Lee University.

Dale Pritchett has been involved in magazine publishing for 25 years. He is currently the publisher of "Coatings World," "Ink World," "Coatings and Ink China" and “Printed Electronics Now.com” as well as the show daily newspapers for the CHINACOAT and the RADTECH UV/EB Expositions. He has been with Rodman Publishing for 14 years. Prior to Rodman he was the publisher of “Soap, Cosmetics, Chemical Specialties” and the "American Ink Maker." Dale has worked with the National Association of Printing Ink Manufacturers, The Federation of Societies for Coatings Technology, RadTech, the Color Pigments Manufacturers Association and numerous other paint and ink associations worldwide. Dale is also a founding board member of the Metro New York Printing Ink Association and he was awarded the 2004 Joseph A. Fielder Fellowship Award by the New York Club of Printing House Craftsmen. He is a graduate of the University of Miami where he majored in Music and Business.

Tom Branna is VP/Editorial Director for Rodman Media. He has been with Rodman for more than 20 years, serving in a variety of capacities including editor of Happi. He holds a Bachelor of Arts degree from Montclair State University.

David Savastano is editor of Ink World Magazine and Printed Electronics Now. He has been with Rodman Media for more than 17 years. He is a frequent industry speaker and has appeared in a variety of allied and printing publications. Before joining Rodman Media, Dave was an award-winning editor of community newspapers. He holds a bachelor’s degree from Colgate University and a master’s degree from Marquette University.
Phone: 201-880-2212
Email: dsavastano@rodmanmedia.com 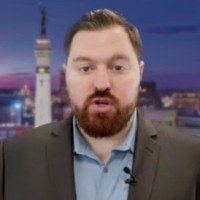 Anthony Locicero is the associate editor of Coatings World, Ink World and Printed Electronics Now magazines. He joined Rodman Media in 2017 after working as a high school sports and municipal news reporter. Anthony earned his B.A. in Communications from William Paterson University.

Kim Rafferty joined Rodman Media in April of 2006. She began her role in Advertising Sales for Coatings World and Ink World in January of 2010. Kim previously worked as an Account Executive for the CBS affiliate in Albany NY. She holds a BFA from The University of Notre Dame and an MFA in Painting from Savannah College of Art and Design.