According to the report, August commercial printing shipments were $7.3 billion, down 11.5 percent compared to August of last year. “August is usually a relatively good month with educational and retailer advertising printing leading the way,” said Dr. Joe Webb, director of WhatTheyThink’s Economics and Research Center. “Print’s difficult year continues, as August had the steepest dollar decline of 2009 compared to last year.” Dr. Webb also noted that the Canada data for July, also included in the report, showed an exceptionally difficult month for those printers.

This report discusses recent research conducted by WhatTheyThink showing the importance of “ancillary services,” the additional activities that diversify printing business streams. “The industry has always had non-print services, and in the 1970s, they were actually higher as a percentage of revenue than they are today,” Dr. Webb stated. “This recession is a prime opportunity to become an outsource partner to many companies because of the print business’ natural understanding of workflow and logistics. As the economy improves, many companies will be reluctant to add staff and would prefer to use outsourced services they can depend on.”

The report contains both current and inflation-adjusted analysis of commercial printing and print services shipments, and forecasts for 2009 through 2014. It is comprised of Adobe PDF, Microsoft Excel and PowerPoint files, and an MP3 file of audio commentary from Dr. Webb. The cost of the report is $50. The report includes the updated forecasts for 2009 through 2014 for the U.S. and Canadian commercial printing industries.

The report contains significant and proprietary analysis and by Dr. Webb and WhatTheyThink’s Economics and Research Center. It is a top-level analysis of the U.S. commercial printing and trade services markets such as commercial offset, digital, and other printing processes, as well as prepress and postpress contained in the standard business classification NAICS 323.

This report is available for purchase at: https://store.whattheythink.com/monthly-u-s-printing-shipments. WhatTheyThink’s Economics and Research Center contains a blend of free and premium content for graphic arts and publishing executives. It offers an online library of primary research reports, executive summaries of economic trends, and related industry columns, videos, podcasts and webinars.

The National Association for Printing Leadership (NAPL) has released its new State of the Industry Report. According to the report, with economic recovery on the way, the printing industry is poised to grow for the first time in three years, but that growth will be enjoyed only be companies that are meeting the challenges of the industry’s structural changes.

The latest report is based, in part, on data supplied by more than 500 industry companies and was authored by NAPL chief economist Andrew Paparozzi, senior economist Joseph Vincenzino and research associate Kong Lue Wang.

According to Mr. Paparozzi, the new study begins with a recovery preparedness checklist, looks at the numbers for the industry and the economy, and considers how companies have become more valuable to their clients over the last 24 months.

The report takes an in-depth view of various examples of structural change, the reach of such change—in one NAPL study earlier this year 92.9 percent of participants said they were affected by structural change—and the consequences of such change, primarily making the industry more competitive than ever and forcing printers to compete “in new ways with people we’ve never had to compete with before.”

Each NAPL Network member will receive a free copy of the report. It is available to non-members for $299 at www.napl.org/store or by calling (800) 642-6275, ext. 4.
Related Searches
Suggested For You

At PRINT 13, Kodak Embraces Opportunities to Engage with Customers and Recognize Award Winners 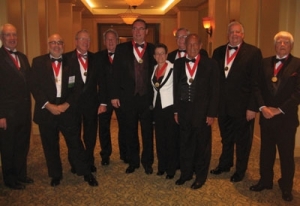 NAPIM Convention Discusses Innovating to Meet the Needs of Customers

NAPIM Convention to Focus on Innovation and Customers

May 2010 U.S. Commercial Printing Shipments Up 3.6 Percent Versus 2009; April Shipments Revised Up

Printing Profits are On the Rise