Later this year, Xerox will roll out the largest product launch in its history with 29 new devices.

For the fifth time since 2011, Xerox has been recognized as a Top 100 Global Innovator. The report by Clarivate Analytics, formerly part of Thomson Reuters, announced its 2016 honors for the most innovative corporations and institutions in the world determined by analyzing proprietary data.

“Since its founding more than 100 years ago, Xerox has been a company built upon innovation,” said Steve Hoover, recently named CTO of Xerox. “With more than 12,000 active U.S. patents and a focus on setting the page free, we are finding new ways to improve the flow of work in the office be it in digital or paper form and developing new ways to print not only on paper, but even directly onto complex objects or directly print electronics for smart labels and packaging.”

Later this year, Xerox will roll out the largest product launch in its history with 29 new devices. Xerox’s focus on growing its global leadership in digital print technology and services will help customers innovate how they communicate, connect and work more productively.

“This has been a stellar year for Xerox and our innovation team,” added Hoover.  We continue to be one of the world’s top 20 patent recipients, we have launched exciting new products like the Xerox Brenva HD Production Inkjet Press, the Direct to Object Inkjet Printer, the Xerox Healthcare Multifunction Printer Solution, the 6515 A4 color printer and we have received continuing recognition for our people like PARC scientist Alex Hegyi, who was named by MIT Technology Review in its list of top innovators under 35.”

Within the research labs, PARC is working on a number of projects, such as developing wireless “Peel-and-Stick” sensors for the U.S. Department of Energy and vanishing autonomous air vehicles through a DARPA grant.
Related Searches
Related Knowledge Center
Suggested For You 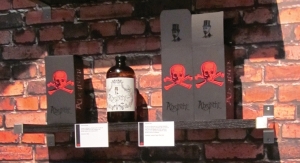 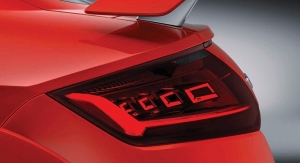