Graphics of the Americas 2016 Successful; Moving to Ft. Lauderdale in 2017

GOA president James Martin declared the 41st Graphics of the Americas (GOA) event a success in terms of content, lead generation and attendance. More than 200 exhibitors, as well as attendees from close to 100 countries participated in this year’s show in Miami Beach, FL, and 1,200 attended GOA’s educational seminars, offered in both Spanish and English.

Martin says that GOA would continue to expand on popular activities and showcases his predecessor, George Ryan, instituted during his tenure. Martin will also bring a more significant packaging presence, as well as digital printing, digital finishing and wide-format inkjet components. “GOA brings many valuable programs to a unique and highly loyal audience of exhibitors and attendees,” he said.

Some of the most loyal are officers and members of CONLATINGRAF, the Latin American Graphic Industry Confederation that will celebrate its “Golden” 50th anniversary at GOA 2017. The partnership between the Printing Association of Florida, which hosts and produces GOA, began at GOA’s inception, more than 40 years ago.
Related Searches
Related Knowledge Center
Suggested For You

PIA Announces 2017 Officers and Board of Directors

PIA Announces 2016 Officers and Board of Directors

Registration Now Live for 2016 Graphics of the Americas

Graphics of the Americas to Showcase 'Best in Class' Technology

Printing Industries of America Announces New Board of Directors 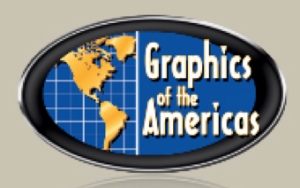 Graphics of the Americas Reports Major Success, Sales at the 39th Annual Show in Miami Beach