In April, Eric Wiesner will assume the role of IHPS vice president and general manager.

HP has announced an executive leadership change within its Inkjet High-Speed Production Solutions (IHPS) division. After eight years as vice president and general manager of the IHPS division, Aurelio Maruggi has accepted a promotion and will be vice president and general manager of HP’s new Office and Versatility division, encompassing the entire scope of HP’s office and home inkjet business, including HP’s Page Wide technology.

Through Wiesner’s HP technological and business experience and his vision for HP thermal inkjet technology, the management team is more confident than ever in the future of its business and its customers’ success.
Related Searches
Related Knowledge Center
Suggested For You 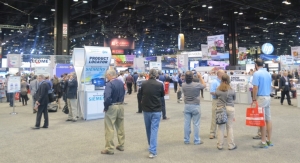