In 1970, it was learned that a PTFE micropowder in combination with wax greatly increased the rub resistance of printing ink. An early investigation of the mechanism was done by printing on a transparent substrate and rubbing with paper. The microscope was then used to study the appearance.   Fig. 1: Liquid appearance of the wax suggests pressure melting. Some of the rub streaks caused by the paper fibers had the appearance of a flowing liquid, which was interpreted as the wax melting under pressure (Fig. 1). Other streaks had a zig-zag appearance, suggesting that the PTFE might shear along crystal planes. (Fig. 2) It was thought that some of the properties were contributed by each mechanism. Over the next 43 years, various combinations of wax and PTFE have been used in inks and coatings. Attempts to use incident light microscopy to better understand the mechanism have revealed little. Polarized light microscopy is used to identify and characterize materi 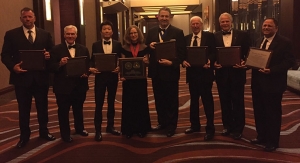 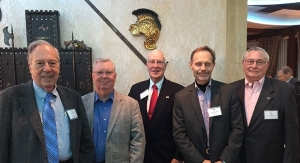 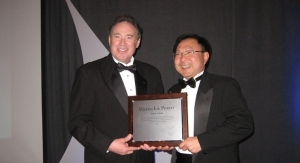 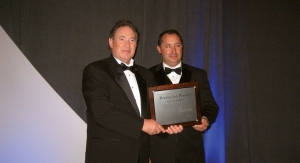 William Neuberg Honored as 2013 MNYPIA Man of the Year

William Neuberg Honored as MNYPIA’s 2013 Man of the Year

The Waxes and Additives Market