“Sensient delivered solid results in the second quarter,” said Kenneth P. Manning, chairman and CEO of Sensient Technologies. “We continue to see opportunities for growth in all of our groups, and I remain very optimistic about the company’s future.”

ALTANA was able to match the strong prior-year level in terms of sales and operating earnings in the first half of 2013. Sales in the first six months of the current business year reached €887 million (prior year: €886 million). Earnings before interest, taxes, depreciation and amortization (EBITDA) were at €178 million, compared to €180 million in the first half of 2012. At 20.1%, the EBITDA margin also remained at a high level.

“We are looking back on a successful first half year, in which we were able to maintain the strong prior-year level, despite the difficult overall economic conditions in Europe,” said Dr. Matthias L. Wolfgruber, CEO of ALTANA AG.

In contrast to the same period in 2012, ALTANA recorded rising sales volumes in the first six months of the current business year. However, these were offset by negative price/mix and exchange rate effects.

In the first half of 2013, growth was registered by the divisions BYK Additives & Instruments and ELANTAS Electrical Insulation. BYK increased sales by 3%, primarily due to acquisitions, with sales up to €335 million on the prior-year figure (€326 million). ELANTAS achieved a growth of 2%, with sales up to €215 million. ECKART Effect Pigments recorded a decline in sales by 5%, with sales down to €170 million. At €167 million, sales at ACTEGA Coatings & Sealants were 2% down on the prior-year level (€171 million).

“We are pleased with our results, as the revenue trend continued to improve during the second quarter. The year-over-year change in organic revenue is the best we’ve experienced in the last seven quarters, and represents a 40 basis-point improvement from the first-quarter change,” said Thomas J. Quinlan III, R.R. Donnelley’s president and CEO. “In addition, we continued to invest in the business, at the same time, improving free cash flow by over $90 million from the same quarter last year. We remain on track to deliver our full-year guidance.”

“Our second quarter results were consistent with our expectations and we remain on track to achieve our 2013 objectives,” said Joel Quadracci, Quad/Graphics chairman, president and CEO. “We continue to be pleased with the Vertis acquisition and remain focused on integrating operations and driving future cost-savings, and improving efficiency and productivity in our platform.” 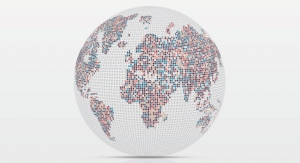