Petruch is president of Sun Chemical Performance Pigments and an executive officer of DIC Corporation. 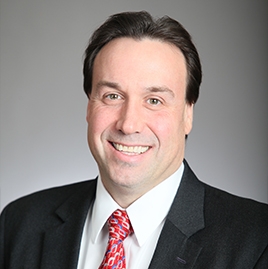 The Metro New York Printing Ink Association (MNYPIA) announces that their May meeting will be a tribute to Myron Petruch, who has been named the 15th recipient of the club’s Anthony Mauriello Man of the Year award.

Myron is the president of Sun Chemical Performance Pigments and an executive officer of DIC Corporation. A 1986 graduate of New Jersey Institute of Technology, Myron received his MBA with majors in finance and international business from Seton Hall University in 1989.

Myron began his career with Engelhard in 1986, and continued on with the company after it was acquired by BASF in 2006. He held positions of increasing responsibility, including sales manager, product manager, director of sales and marketing and general manager during his time there.

In 2008, Myron joined Sun Chemical as president of its Performance Pigments division. Under his leadership, Sun Chemical has executed seven bolt-on global acquisitions, including Kingfisher Colours in 2015 and Benda-Lutz in 2012. Hehas led the division to unprecedented growth in both sales and profitability through a combination of organic growth and strategic acquisition.

In addition to serving as president of Performance Pigments, Myron has also been named chairman of Sun China in 2011; president of Sun Chemical’s Electronic Materials division in 2013, and an executive officer of DIC Corporation, Sun Chemical’s parent company, in 2017. As executive director, Myron has been given additional operational and strategic responsibilities within DIC’s Global Pigments organization.

In recognition of his leadership, Myron received the Coatings Industry Achievement Award from ACA in 2014.

To register for the dinner, please go the MNYPIA's web site at www.mnypia.org.
Related Searches
Related Knowledge Center
Suggested For You 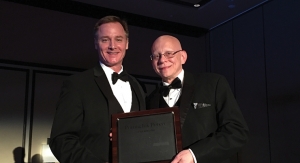 Sun Chemical to Showcase Full Portfolio of Inks at FESPA 2017