Tournament will be held March 13-16, 2014 on the Copperhead Course at Innisbrook

The Valspar Corporation and the PGA TOUR have entered into a four-year agreement for Valspar to become the title sponsor of the Tampa Bay area’s professional golf tournament on the PGA TOUR.

In addition to the sponsorship, Valspar will join the PGA TOUR’s Official Marketing Partner program and receive the exclusive designation as “Official Paint Supplier of the PGA TOUR and Champions Tour.”

“We are very pleased to announce these multi-year agreements and look forward to working closely with The Copperheads to help Valspar become fully integrated with the tournament as the title sponsor and BB&T as local presenting sponsor,” said Andy Pazder, chief of operations for the PGA TOUR.

Headquartered in Minneapolis, Valspar is a leading global provider of paint and industrial coatings, offering a broad range of coatings solutions, including consumer paint products that are marketed under the Valspar Paint and Cabot brands. Valspar Paint views the PGA TOUR partnership as an opportunity to showcase its industry-leading paint products. In partnership with Copperhead Charities, Valspar is also furthering its commitment to enhancing the quality of life in the communities it serves by ensuring that proceeds from the tournament benefit causes aligned to affordable housing and urban renewal. The PGA TOUR’s viewership and demographics also further enhance the reach of Valspar’s brands as PGA TOUR tournaments are broadcast in 225 countries and territories.

“Valspar is pleased to become title sponsor of a classic tournament that will provide a unique platform to connect our brand with the PGA TOUR, which consistently produces some of the most exciting and memorable golf tournaments in the world,” said Gary Hendrickson, Valspar’s chairman and CEO. “Partnering with the PGA TOUR and Copperhead Charities, we are proud to be doing our part to generate significant support for charitable causes important to Valspar. The timing of the event couldn’t be better as we look forward to kicking off the unofficial start of painting season.”

BB&T, with financial centers in 12 states and Washington, D.C., is looking to strengthen its visibility and position in the Tampa Bay and Gulf Coast regions through the tournament. BB&T is also the local presenting sponsor of the Wyndham Championship PGA TOUR event in Greensboro, N.C.

“This is a premier tournament at a world-class facility and BB&T is delighted to enter into this partnership which helps local organizations that benefit from Copperhead Charities,” said Ken Coppedge, BB&T West Florida Region President. “BB&T is committed to help keep this event in the Tampa Bay area.”

The Valspar Championship has been part of the PGA TOUR schedule since 2000.

“We are excited to partner with Valspar as our new title sponsor and BB&T as local presenting sponsor to continue a proud history of supporting area charities and delivering the very best in professional golf to benefit Tampa Bay through the Valspar Championship,” said Larry Morgan, general chairman of Copperhead Charities. 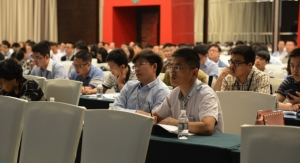 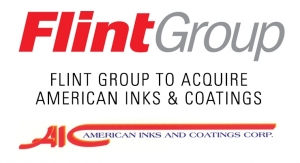 The Sherwin-Williams Company to Acquire Valspar for $11.3 Billion 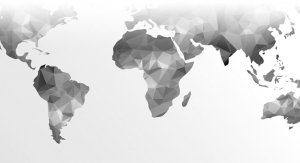 Shane D. Fleming Elected to Valspar Board of Directors