Foreword
This manual marks an important milestone in the development of the mushroom industry in Australia. It is the culmination of several years of intense global scientific endeavour in which Australian scientists and mushroom industry personnel have played a significant role in developing vitamin D mushrooms that will be enjoyed and appreciated by consumers all around the world.

These ingenious Australians helped transform a chance discovery by a Finnish scientist just fifteen years ago into an affordable food that will make a significant and unique contribution to the health and well-being of most people. For Australians, vitamin D mushrooms will arguably be the most important food contribution to public health in this country since First Fleeters ate limes to overcome scurvy.

Vitamin D insufficiency and the increasing array of health problems associated with it, has received a lot of recent attention from medical researchers and public health authorities, particularly in North America. Vitamin D guru and author of the “The Vitamin D Solution”, Boston University Professor of Medicine, Dr Michael Holick, claims “Vitamin D deficiency is probably the most common nutritional and medical condition in the world, affecting more than 50 per cent of the world’s population”. 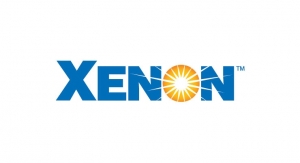