Cash provided by operating activities was $222.5 million in 2016 and $128.0 million in 2015. The stronger cash flows were driven by higher earnings, better management of working capital and the benefit from the accounts receivable securitization transaction.

“I am very pleased with the Company’s performance in 2016,” said Paul Manning, chairman, president and CEO of Sensient Technologies Corporation. “The Color Group had an outstanding year delivering solid profit and revenue growth, led by strong performances from the Cosmetics and Food Colors businesses. The Flavors and Fragrances Group performed very well and improved its operating margin by at least 100 basis points in each of the last three quarters, and Asia Pacific also delivered solid profit and revenue growth for the year.”

For the full year, Color Group revenue increased approximately 5% to $502.1 million, from $480 million in 2015. Operating income was $104.8 million in 2016, an increase of 8.5% compared to $96.6 million in 2015. The Color Group’s operating margin was 20.9% for the year, an increase of 80 basis points from last year’s margin of 20.1%. The Cosmetics and Food Colors businesses both performed very well in 2016 driven by strong demand for cosmetics and natural colors, respectively, and the Inks business improved solidly over last year’s result.

The Flavors & Fragrances Group reported revenue of $186.9 million and $201.0 million in the fourth quarters of 2016 and 2015, respectively. Operating income increased approximately 3% to $28.4 million, from $27.5 million in last year’s fourth quarter. The Flavors & Fragrances Group’s operating margin increased 150 basis points to 15.2% in the quarter.

Sensient expects 2017 earnings per share from continuing operations to be between $2.76 and $2.86, which includes an estimated 59 cents of restructuring and other costs.
Related Searches
Related Knowledge Center
Suggested For You 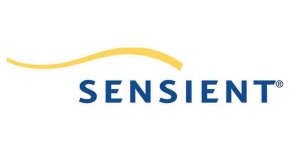 Sensient Technologies Elects Scott Morrison to its Board of Directors