NAFTA’s flexible packaging converting industry is dominated by Bemis Inc. with a 20% share, according to PCI Films Consulting Ltd’s latest review of the market. This position was consolidated with the purchase of Alcan Packaging Food Americas in 2010.

Bemis is now twice as large as the next biggest player, Sealed Air Corporation, and triple the size of the number three supplier, Printpack. Another important recent development has been the emergence of Prolamina Corporation via acquisition and green field investment as a major new force in the converting industry.

With current annual turnover of around $300 million in North America, Prolamina has ambitions to top $2 billion in converted flexible packaging sales within the next few years, mostly through acquisitions.

The North American converted flexible packaging market is vast, approaching 30% of global consumption and an annual spend of $18.3 billion in 2010, reveals a new report from PCI Films. Just below 90% of sales in the region are concentrated in the U.S., with Canada and Mexico accounting for 6% and 5%, respectively.

“The North American Flexible Packaging Market to 2015” explains the recent history, the current situation and predicts how converted flexible packaging will grow in the U.S., Canada and Mexico over the next few years.

In value terms, the North American flexible packaging market grew by more than 4% per annum between 2005 and 2008, but with the onset of the global financial crisis, fell back by 6% to 7% in 2009. However, 2010 saw a strong recovery in the value of flexible packaging sales as the supply chain re-stocked and raw material prices were passed on through the supply chain.

While the market has been volatile in value terms over the past few years, flexible packaging demand in area/unit volume has shown continuing growth.

Nevertheless, converter margins have been squeezed, which has resulted in a significant amount of rationalization and plant closures.

The region’s flexible packaging market is relatively self-contained, although imports, particularly from India and China, have now reached nearly 2% of demand and continue to grow.

Exports outside the region run at less than 1% of regional production, mostly destined for customers in Central and South America and Europe.

For the future, converted flexible packaging growth in North America is forecast to average around 3.5% per annum, reaching nearly $22 billion by 2015, with Mexico set to grow by 5% per annum.

Per capita consumption of flexible packaging in Mexico is only around a fifth of the U.S. figure, underlining its “emergent market” status. The North American Free Trade Agreement (NAFTA) also continues to provide extra impetus behind growth in Mexico, with many U.S. packaged food companies manufacturing in Mexico to take advantage of lower labor rates.

Commenting on the report, PCI consultant Paul Gaster said, “The resilience of flexible packaging demand is to a great extent underpinned by the recession-resistant nature of its end use markets, especially food, pharmaceuticals and pet food, which between them account for approaching 85% of total North American flexible packaging demand. Moreover, strong population growth in the region of nearly 1% per annum has helped to maintain volume growth and will continue to do so over the coming years.”

PCI’s report, “The North American Flexible Packaging Market to 2015,” gives all the detail behind the headlines, with statistics and in depth commentary on industry trends, converter profiles and descriptions of trends in individual end use markets in each country, providing essential reading for suppliers, converters, buyers and investors in this huge market.

The report is available from PCI Films Consulting Ltd for €3,500. Further information can be accessed at www.pcifilms.com. 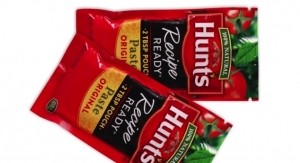 Bemis is a Big Winner at FPA Competition 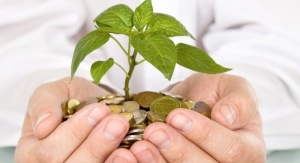