Cabrun Ink Products Corp., a 52-year-old Philadelphia-based company, primarily manufactures a wide variety of lithographic inks as well as UV and rubber-based inks.The company has had much success with its Hexachrome inks, both in lithographic and UV versions. In addition, Cabrun has two in-plant operations in Pennsauken, NJ and Syracuse, NY. Cabrun Ink was founded in 1954 by Jim Campbell, John Brauer and Andy Gunther. According to Sharon Reich, treasurer of Cabrun, “They chose Coronet initially for their name, but it was unavailable in Pennsylvania. They then combined the letters in their last names to make Cabrun Ink.” Cabrun Ink started out as a modest company, with just three employees. “In 1974, my father, Ken Reich, bought the company. Ken had previously worked for Dayco Corp., selling blankets,” said Ms. Reich. Mr. Reich got his start in printing at the Ashland Daily News in upstate Pennsylvania. “He was always involved in the printing industry

Fleetwood-Fibre Brings on an Evolution 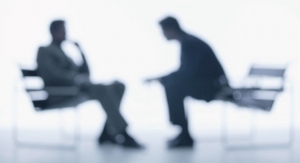