•Germany represents the single largest economy in western Europe at a projected €2.2 trillion in 2006, ahead of the UK (€1.8 trillion) and France (€1.7 trillion).

•In total, there are around 80,000 printing enterprises in Europe, but numbers have fallen back during the past five years as many have gone out of business in an increasingly competitive environment.

•The fastest growing sectors are digital printing and wide format, with wide format in particular registering strong gains at the expense of screen printing.

•Packaging, along with labels, is the single largest print product sector valued at €44.8 billion in 2006, and is poised to offer significant growth even in developed markets.

•Russia is the single largest market in Eastern Europe, with the market valued at 2.9 billion in 2006, ahead ofPoland (€2 billion) and the Czech Republic (€1.2 billion).

For more information about The Future of European Printing to 2011, contact Stephen Hill, +44 (0) 1372 802025; e-mail: stephen.hill@pira-international.com.
Related Searches
Suggested For You 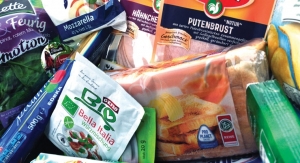 Functional and Barrier Coatings for Paper and Board to Reach $5.1 Billion by 2018

Sheetfed Litho Under Threat from Digital, According to Pira Report