Joseph Chai was promoted to vice president and general manager, Performance Coatings. Since March 2005, Mr. Chai held the position of vice president, Asia Pacific, Lubrizol Advanced Materials and was based in Shanghai, China. He joined Lubrizol in 1991 and has held several positions, the majority covering the Asia-Pacific region, including sales, business development, marketing and technical services and regional business management. Prior to joining Lubrizol, Mr. Chai worked in various technical and product management roles at Kester Solder, a subsidiary of Litton Industries.       Bernard Wong was promoted to vice president, Asia Pacific, Lubrizol Advanced Materials. Mr. Wong originally joined Lubrizol Additives in 1990 and held various sales roles, including managing major international accounts in the Asia-Pacific region. He left Lubrizol to join BP in 1997. During his 10 years at BP, Mr. Wong held a variety of roles in sales, marketing and general management, 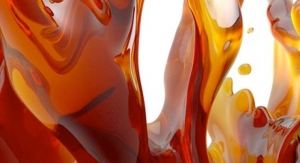 The Structure and Performance Property Relationship in UV Inks