During the second half of 2016, Ball realigned its operating segments as a result of the Rexam transaction.

“Our results from operations were right in line with our expectations despite the disappointing volume and manufacturing performance in our U.S. tinplate business. On a pro forma basis, our global beverage can volumes were up and we continued to make progress on our cost-out initiatives. As we marked the one-year anniversary of the Rexam transaction, the catch-up and additional depreciation expense for the final acquisition accounting was recorded in the quarter and largely affected the reported results of our European beverage segment,” said John A. Hayes, chairman, president and CEO. “Moving forward, we reaffirm our financial goals for 2017 and 2019 comparable EBITDA and free cash flow. We are on track to recognize at least $150 million of the targeted $300 million plus synergies in 2017 and are accelerating actions to reap cost savings that will benefit 2018 and beyond.”


“Our quarter-end net debt of $7.1 billion is down from $7.5 billion at the end of the first quarter despite our normal seasonal working capital build and $110 million of year-to-date pension funding. Consistent with our prior commentary, 2017 comparable EBITDA is expected to be in the range of $1.75 billion and free cash flow is estimated to be in excess of $850 million after capital spending of at least $500 million,” said Scott C. Morrison, SVP and CFO.
Related Searches
Related Knowledge Center
Suggested For You 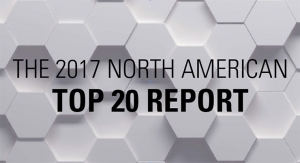