Huntsman Corporation announced that it has decided to retain the Textile Effects business and exclude it from its planned Pigments and Additives spin-off. Strong pricing recovery for titanium dioxide and the identification of business improvement opportunities representing more than $75 million in annual EBITDA are expected to significantly enhance the financial strength of Venator’s business.

Huntsman also announced that the name of its planned spin-off will be Venator Materials Corporation. Venator is the Latin word for hunter and is intended, in part, to acknowledge the Huntsman legacy. Venator shares are expected to trade on the New York Stock Exchange under the ticker VNTR after the distribution to Huntsman’s shareholders, which remains targeted for the second quarter of 2017.

“We are making significant progress toward the spin-off and are pleased with the Pigments and Additives business recovery,” said Peter R. Huntsman, Huntsman Corporation president and CEO. “We expect Venator will be a premier pigments company unencumbered by excessive debt or other unrelated liabilities. Improved titanium dioxide pricing combined with the identification of business improvement opportunities that are incremental to current earnings are expected to more than offset the free cash flow that Venator would have received from the Textile Effects business.”
Related Searches
Related Knowledge Center
Suggested For You 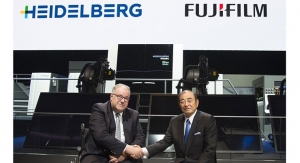