MicroSpot 3D features laser-like performance and precision for a third of the price.

The adphos Group will showcase its newest solution for the printed electronics market, a high-density light focusing system that delivers near laser-like performance at a fraction of the price. Designed to dry, cure and “pin” material for 3D and direct to shape printing applications, the MicroSpot 3D will put radiant energy exactly where needed.

The MicroSpot 3D will be demonstrated live in the adphos booth at the IDTechEx conference and exhibition in Santa Clara Nov. 16-17. The adphos Group encourages attendees to stop by and learn about how a potential relationship can help take their companies to the next level.

adphos is dedicated to solutions that move the industry forward which is why they offer technology that enables “light speed” improvements in throughput and versatility. The adphosNIR® technology allows users and manufacturers to do more with their current system – including high speed and cost effective drying, curing and sintering of a wide range of inks, coatings, adhesives – as well as other thermal processes.

adphos will be demonstrating equipment live and unveiling the MicroSpot 3D solution to the market in booth C09. The group will also demonstrate how to take applications from ‘Lab-to-Fab’ (demo to production) across multiple platforms. The proprietary adphosNIR technology has been the key in improving daily operational productivity, efficiency and a major component to a lower cost of operation.

Benefits include near instant start/stop increases productivity; faster speeds; drying, curing and sintering of a wide range of applications; lower cost of acquisition on new systems; and lower total cost of operations.
Related Searches
Related Knowledge Center
Suggested For You 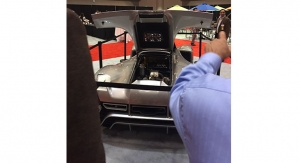 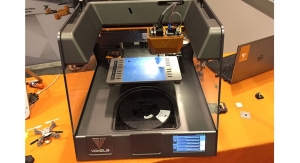 The Intersection of Printed Electronics and 3D Printing

adphos to Host Technology Workshop and Demonstration Day on Feb. 4