“We are very proud of our craft partners for their success,” noted Nick Osborne, CROWN Beverage Packaging’s regional sales manager for craft beer. “We have known the majority of our customers since they started breweries. We are excited for the great things to come.”

“The primary purpose of any packaging is to protect and conveniently deliver a product to the end consumer,” added Ron Skotleski, director of marketing, North America CROWN Beverage Packaging. “These craft GABF medalists have tremendous products in our cans, and Crown’s goal is to help differentiate their best-in-class beer with cans and innovative graphics.”
Related Searches
Related Knowledge Center
Suggested For You 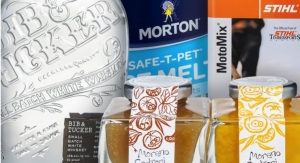