Was installed at the company’s Liverpool base in December

Stanford Marsh, an independent solutions provider for the wide-format and 3D print sectors – and one of only three UK vendors able to supply and service HP’s new PageWide XL Series of products – has installed the UK’s first HP PageWide XL5000 printer at Liverpool-based Go Cre8.

The company initially heard about HP PageWide technology at the start of 2015 courtesy of HP’s marketing campaign and decided to visit Sign & Digital UK at NEC Birmingham last spring to find out more. At the show, Go Cre8’s project manager Paul Lin met with Stanford Marsh’s Julian Mennell on the HP stand and discussed how the companies could work together.

Paul Lin explains: “We wanted a fast, cost-effective poster printer and – from what we were reading – the HP PageWide XL technology seemed to fit the bill. We wanted to increase productivity, whilst freeing up our Océ Arizona flatbed printer for more profitable work.

“We’re very happy with our Arizona printer as it’s cost-effective to run on the roll to roll setting. However, it was slower when using the roll option – 17 square meters per hour compared to roughly 450 square metres per hour on the PageWide – and this meant we had to run poster jobs overnight which wasn’t ideal.”

In contrast, the HP PageWide XL 5000 Printer provides fast, powerful and efficient monochrome and color prints in a single device with up to 30 percent savings in total production costs. It provides companies such as Go Cre8 with the ability to cost-effectively produce posters at speeds of up to 14 AO size posters a minute.

The printer was seamlessly installed at the company’s Liverpool base in December 2015, and since that time Go Cre8 has been using the HP PageWide XL 5000 Printer to quickly and efficiently produce POS posters to deliver a rapid turnaround on jobs. It offers a huge jump in productivity, thus leaving the Arizona free to print to other more bespoke substrates and applications.

Stanford Marsh’s Julian Mennell explains: “Having taken the time to understand Go Cre8’s requirements and the competitive market in which they operate, it was refreshing to be working with a company that had the vision to be early adopters in PageWide technology. Go Cre8 is well-versed on the technical side and knew what they wanted; it was down to us to facilitate supplying a solution that would meet these needs and also offer them a vessel to open up the business into new vertical markets.

“Paul Lin and his business partner Darryn Kennerly have a great vision for their business, and with PageWide we’ve helped them unlock the potential of their creativity with a device that excels the current business needs and gives them the potential to unlock new markets.”

On working with Stanford Marsh, Paul Lin is very complimentary: “They’ve been great. Any minor issues we’ve had have been resolved very quickly. If I put in a call to Julian Mennell, he will respond to me within the hour.

“When any minor issues have occurred, the information errors are fed back to HP in Barcelona, where they quickly develop a new firmware update to solve the problem.”

Matthew Perkins, Director at Stanford Marsh, concludes: “The HP PageWide marks a significant change in the wide-format graphics arena. As well as working with Go Cre8, we’ve been working with a client in the UK who has invested in four fully-configured HP PageWide XL 8000 Printers to meet an incredible estimated volume of 4 million printed square meters per annum! I’m convinced that early adoptees of this ground-breaking technology will see a quick return on investment and be able to compete in new markets.”
Related Searches
Related Knowledge Center
Suggested For You 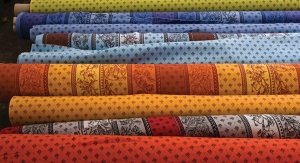 Printers are Looking to Diversify Their Businesses