Chromatic Technologies Inc. (CTI) announced that SilverFox Innovations has agreed to a $1.1 million settlement and a 10-year permanent injunction, following a June 5, 2015 jury verdict that found, beyond a reasonable doubt, that four former CTI employees misappropriated trade secrets and that their actions were attended by circumstances of fraud, malice, or willful and wanton conduct.

“CTI is happy with the jury verdict and the settlement payment.  We have extensive intellectual property and trade secrets and will aggressively defend them,” said CTI founder Lyle Small.  “We were shocked and disappointed that four former employees chose to take company secrets and use them against us. The potential consequences of a damages trial could have been devastating for the defendants.  We decided that allowing the SilverFox principals this settlement was a reasonable gesture to let everyone get on with their lives.” 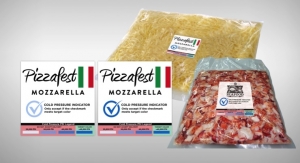 TSCA Reform is on the Brink of Passage