Cooper was most recently VP of Lockheed Martin Aeronautics Company.

“Shan is an accomplished business leader who will bring additional manufacturing, technology and supply chain expertise to WestRock,” said Voorhees. “She will play an important role in the development of our company, including helping us reach our $1 billion synergy and performance improvement goal by the end of our fiscal 2018.”

Cooper has received several national honors, including the Women of Color in Technology Corporate Responsibility Award and the YWCA Tribute to Women of Achievement. She was named Georgia Trend Magazine’s 2015 Most Respected Business Leader and Women of the Year 2015 by the American Association of University Women. She also received the 2013 Pioneer Award from US Black Engineer & Information Technology Magazine.
Related Searches
Related Knowledge Center
Suggested For You 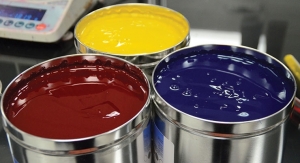