La Force has served as Grace’s SVP and CFO since 2008.

In his new role, La Force is responsible for Grace’s Catalysts Technologies and Materials Technologies business segments and Grace’s global manufacturing and supply chain operations.
The company expects to announce the appointment of a CFO soon. Until then, La Force will continue to serve in this capacity.

“Hudson has earned the deep respect of investors, customers, and employeess,” said Fred Festa, Grace chairman and CEO. “He has demonstrated everything our Board is looking for in a strategic leader to help us achieve our goals for growth and profitability.”

Prior to joining Grace, La Force served as COO and senior counselor to the secretary at the U.S. Department of Education and served as a member of the President’s Management Council. Previously, he held business and financial leadership positions at Dell, Inc., where he served as a general manager for Dell in China, among other roles. He also held leadership roles at AlliedSignal, Inc. (now Honeywell) and Emerson Electric Co.
Related Searches
Related Knowledge Center
Suggested For You 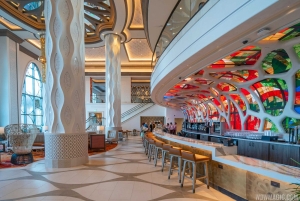