“Our strategy must be aimed at stimulating Evonik’s growth with attractive fields of innovation. We want to be one of the world’s most innovative companies,” Küsthardt said. Dr. Nagler will remain involved with the topic of innovation and step up efforts to internationalize innovation at Evonik in the future.

Küsthardt, who holds a doctorate in chemistry, began his career at an international consulting firm. Starting in 1997, he held positions at a predecessor of Evonik, initially in controlling as well as in marketing and sales. He later went on to manage various business units, heading up the Coatings & Additives Business Unit of Evonik Industries from 2008.

Innovations are an essential driver for profitable growth at Evonik. The innovation pipeline of the specialty chemicals company is well-filled with roughly 500 short-, medium-, and long-term projects. To keep up the flow of ideas and innovations in the future, too, the Group has increased its spending on R&D by an average of 9% per year since 2009; R&D spending in 2013 totaled €394 million.
Related Searches
Related Knowledge Center
Suggested For You 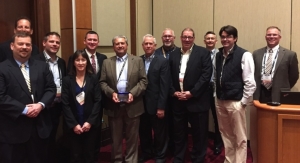 Evonik to Increase Prices on Polyamide 12-Based Products

Evonik to Invest More Than 4 Billion Euros in R&D