EFI announced that Avi Reichental, president and CEO of 3D Systems, will participate in a “fireside chat” keynote with EFI CEO Guy Gecht to close out the 15th annual EFI Connect Users Conference, being held from Jan. 20-23, 2015 at The Wynn Las Vegas.

Reichental’s company is a leading innovator in the 3D printing space. The Rock Hill, SC-based business invented 3D printing with its Stereolithography (SLA) printer and was the first to commercialize it in 1989. 3D Systems has more than 1,200 patents, and its comprehensive range of 3D printers is the industry’s benchmark for production-grade manufacturing for aerospace, automotive, patient-specific medical device uses, as well as for a variety of consumer, electronic and fashion accessories.

At Connect 2015, Reichental will join Gecht for their keynote discussion 8 a.m. on Friday, Jan. 23, at The Wynn. During the session, attendees will gain insights from an industry leader on the 3D printing market and where it is heading. The fireside chat will also cover the near- and long-term opportunities 3D printing presents to the broader printing industry.

“3D printing has captured the public’s imagination, and Avi Reichental is a true visionary in the fast-growing 3D printing industry,” said Gecht. “I’m excited to have this unique opportunity for Connect attendees to hear Avi’s views on where 3D is today, where it is going and what the opportunities are for the graphic arts industry.”

Reichental, who has been the president and CEO of 3D Systems since September 2003, was named as one of Fortune magazine’s Top 50 business leaders last year. Under his leadership, 3D Systems has emerged as a global 3D content-to-print leader that is redefining and shaping how we design, produce, consume and live our lives. Through his passion to democratize the design-to-production process, the company has evolved and expanded its business model from a supplier of 3D printers to a provider of end-to-end solutions. Reichental is a recipient of the regional 2011 E&Y entrepreneur of the year award, two Innovator Awards, and holds 25 U.S. patents.

EFI Connect 2015 will have more than 200 education and breakout sessions, including an additional keynote session on Jan. 21 featuring Andrew Paparozzi, chief economist of printing association AMSP/NAPL/NAQP. And, for the first time, the conference will be co-located with the 2015 AMSP/NAPL/NAQP Executive Leadership Summit.
Related Searches
Related Knowledge Center
Suggested For You

FESPA 2017 is a Success for Mimaki Europe 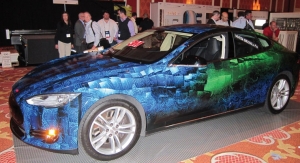 Productivity and Personalization At EFI Connect 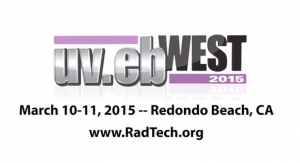