First quarter 2014 net income included $9.3 million of restructuring and other special charges (including tax impact) primarily related to the sale of the company’s labels business.

“We had a solid quarter despite mother nature not cooperating,” said CEO David Scheible. “Our key operating and financial metrics were trending positive, but the harsh winter weather significantly impacted board production, particularly at our two virgin mills in the southeast. Power supply interruptions from major storms forced us to take unplanned downtime at our Macon, GA mill in February and our West Monroe, LA mill in March. The storms, in addition to lost production, resulted in higher energy, fiber and freight costs. The weather impact overall cost us almost $15 million in EBITDA this quarter.”

“The good news is that we didn’t experience a drop in demand from the weather,” Scheible added. “Beer demand remained healthy here in the U.S and overall carton demand inEuropewas extremely strong in the first quarter. The positive demand signals in Europe are welcome and we also had a nice benefit this quarter from the restructuring we did in Europelast year. We are very excited about our growing footprint in Europe and expect the previously announced Benson Group acquisition to close in the second quarter.”

Total net debt at the end of first quarter 2014 was $2,176.5 million, $24.9 million lower than at the end of 2013. The first quarter net debt reduction was driven by proceeds from the sale of the company’s labels business in February, partially offset by higher working capital levels associated with normal seasonality in the business.
Related Searches
Related Knowledge Center
Suggested For You 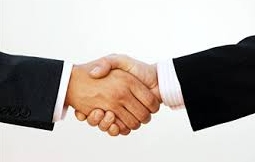