Representing almost 50% of total European PP film demand, the West European BOPP film industry has struggled to gain any upward momentum over recent years due to factors including the region’s economic weakness, changes in production strategy by multinational food packers and the maturity of the market. Growth in European markets at 1% per annum, and offsetting declines in West European BOPP film demand, has come from the greater use of cast polypropylene (CPP) film in Western Europe and strong PP film market growth in Eastern Europe.

The author of PCI’s latest findings, Steve Hillam, said, “Demand in the European PP film market has undoubtedly been hindered by the weakness in the BOPP film sector in Western Europe. However, with demand returning, plus continued economic recovery, strong GDP growth driving East European flexible packaging consumption, and a continued switch from rigid to flexible packaging formats, I believe the future looks very positive for European polypropylene films.”

Responding to this growth will be more PP film being made available in the coming years with new film extrusion capacity coming on stream and existing suppliers improving their capacity utilization rates. While a majority of the new capacity is expected to be for BOPP film and will be installed in Eastern Europe, predominantly Russia, a new line is also being planned for Portugal. This new capacity is expected to increase competition in the European PP film market by targeting imported volume but is also expected to be directed at export markets.

PCI Films Consulting Ltd’s latest report, “European Polypropylene Film Market Trends to 2017,” outlines the factors currently affecting capacity, production and demand in the European PP films market. With forecasts to 2017, the company says that this report provides valuable strategic insights into how the future PP film market might look in five years’ time with a focus on the expected changes in industry structure, leading suppliers and markets. 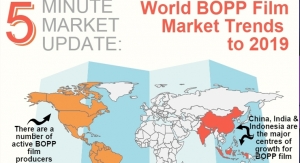 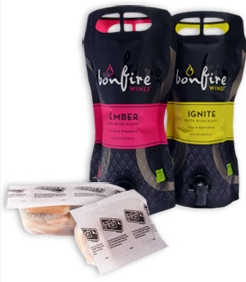