Chemical Activity Barometer is now up 3.8 percent over a year ago

The pendulum of the US economy remains on the upswing, according to the American Chemistry Council's (ACC) monthly Chemical Activity Barometer (CAB), released today. The economic indicator, shown to lead US business cycles by an average of eight months at cycle peaks, increased 0.1% over July on a three-month moving average (3MMA) basis, marking its fourth consecutive monthly gain. The barometer is now up 3.8% over a year ago, the largest year-over-year increase since September 2010. The index itself is at its highest point since June 2008. Prior CAB readings for March through July were all revised.

"As we approach the fourth quarter, the U.S. economy seems to be making strides, compared to the baby steps of earlier in the year," said Dr. Kevin Swift, chief economist at the American Chemistry Council. "The Chemical Activity Barometer is showing a strengthening of year-over-year growth and suggests an economy which finally may be gaining momentum," he added.

While some other economic indicators continued to paint a mixed picture, Dr. Swift pointed to solid fundamentals in the housing market, confirmed by further gains in construction-related plastic resins, coatings, pigments and other chemistry, all suggesting the recovery in housing will continue. Similarly, production of plastic resins used in consumer and institutional applications is growing at a strong pace.

Chemical equities continued to outperform the benchmark S&P 500, and inventory balances as well as future orders were improved, offering further bright spots in this month's index.

The Chemical Activity Barometer is a leading economic indicator derived from a composite index of chemical industry activity. The chemical industry has been found to consistently lead the U.S. economy's business cycle given its early position in the supply chain, and this barometer can be used to determine turning points and likely trends in the wider economy. Month-to-month movements can be volatile so a three-month moving average of the barometer is provided. This provides a more consistent and illustrative picture of national economic trends.

Applying the CAB back to 1919, it has been shown to provide a longer lead (or perform better) than the National Bureau of Economic Research, by two to 14 months, with an average lead of eight months at cycle peaks. The median lead was also eight months. At business cycle troughs, the CAB leads by one to seven months, with an average lead of three months. The median lead was also three months. The CAB is rebased to the average lead (in months) of an average 100 in the base year (the year 2007 was used) of a reference time series. The latter is the Federal Reserve's Industrial Production Index.

The CAB was developed by the economics department at the American Chemistry Council. 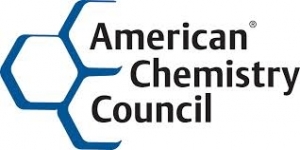