Summertime promotion allows Fanta Australia to warm up to customers

Chromatic Technologies Inc. (CTI), the specialized inks company whose innovative offerings are seen on consumer products around the world, continues to carry its message in Australia. Specially marked bottles of Fanta beverages in Australia reveal an invitation to customers through temperature changes on the label, wherein consumers were invited to join in an interactive campaign offering valuable prizes.

During November and December 2012, labels on Fanta Orange bottles contained thermochromic ink, which revealed a challenge to consumers to perform a “Funstigator” task such as “High-five someone wearing orange,” “Pretend you’re a ninja” or “Do the robot.”

The core activity of the summer campaign was a FANTA Funstigator gaming application available on the FANTA Australia Facebook page at www.facebook.com/FantaAustralia and as a smartphone app from the Apple App Store or Google Play.

Through the FANTA Funstigator app, users could take on Funstigator challenges as well as send them to their mates, scan characters from packs, all the while earning points and competing for a range of prizes. The FANTA Unbottle the Fun campaign was supported across multiple touch points including specially marked FANTA bottles, cinema, mobile and digital media.

Having the ability to set specific temperatures for the two retail settings gave each Fanta fan the chance to participate in the promotion regardless of how they bought the product.

“FANTA is about bringing more fun to people’s lives,” explained Delia Maloney, flavours marketing manager, Coca-Cola South Pacific. “We were excited that innovation of thermal inks allowed us to put our packs at the heart of our ‘Unbottle the Fun’ campaign this summer. From fridge or ambient, the thermal inks revealed different ‘Funstigator’ challenges that invited our teen audience to add a little fun to their day-to-day.

“Also featured was the thermal ink ‘reveal’ of these challenges on the packs in our TV commercial, which drove our consumers to download the Funstigator app and continue to play with their friends. Interaction was key for this campaign and thermal inks made this possible on pack. Now show us your best Moonwalk…!” Ms. Maloney added. .

“It’s exciting to extend our interactive inks to the Coca-Cola team in Australia, after much work with the company worldwide,” explained CTI’s Melanie Edwards, manager of strategic sales initiatives. “We were happy that CTI’s thermochromic inks provided an innovative solution for the promotional Funstigator campaign involving not one, but two levels of temperature activations.”

Sun Chemical to Showcase Solutions for Glass Decorating at Deco ‘17 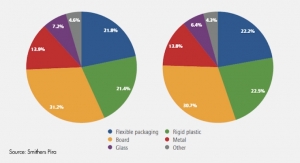 Packaging Material May Reach $1 Trillion in 2020

Sun Chemical to Exhibit its Range of Organic Inks, Spray Coatings and More at glasstec 2016

Crown Focuses on Optimization in Brazil