The Lubrizol Corporation announced its decision to close its Chagrin Falls, OH overprint coatings manufacturing facility. Today’s action to end production of Algan overprint coatings and varnishes was made after a complete and thorough business analysis and is part of the previously announced restructuring of the company’s Performance Coatings product line.

“This decision is another step in our continuing effort to improve the performance of our coatings product line and, ultimately, strengthen our ability to be a more valuable partner to our customers,” said Joseph Chai, vice president and general manager, Lubrizol Performance Coatings. “After careful review and evaluation of various business options, it was determined that this facility was not strategic and did not meet the necessary criteria for future growth and profitability.”

In April 2008, Lubrizol Performance Coatings redefined its business model to focus on fewer, higher growth market end uses where it believes it can deliver the most value to customers. Actions taken at that time included the disposition of a manufacturing facility in Lawrence, MA and a restructuring of its sales, marketing and research and development organization. In June 2008, Performance Coatings announced it would close an acrylic emulsions production line at its Avon Lake, OH facility by the end of fourth quarter 2008 and discontinue merchant sales of styrene butadiene (SB) latex from its Gastonia, NC plant by the end of August 2008.

Located in Bainbridge Township, OH, the site will cease production as of Jan. 31, 2010. The 35 employees impacted by the closing will receive severance packages and outplacement assistance. Some employees may be relocated to other Lubrizol sites.
Related Searches
Suggested For You 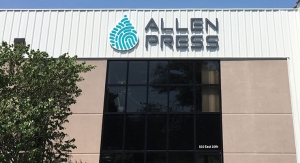 Lubrizol to Exhibit Its Digital Print Solutions at 2013 SGIA Expo